The EU is comprised of 28 member countries that as part of their political and economic union also share access to a single market. It is worth noting that Brexit is very different from Grexit, the potential exit of Greece from the euro currency zone made up of 19 of the 28 member countries of the EU. The U.K. is not part of the euro zone, and so Brexit does not directly threaten the euro currency. However, the U.K. is the second largest economy in the EU so its potential exit could have important ramifications for the entire union.

What Are The Arguments on Each Side of The Brexit Debate?

The Euro-sceptics arguing in favor of Brexit are mainly focused on themes centered around sovereignty, regulation relief, national pride, and migration. Proponents of EU membership tend to focus more on the economic benefits of access to the EU single market and the foreign-policy benefits of negotiating as part of the larger EU.

How Likely is Brexit?

The base case is that the U.K. will remain in the EU. Most polling analyses currently give a very slight edge to the “remain” side, albeit with a double digit percentage of undecided voters. In betting markets the edge for the “remain” side is slightly stronger, most recently fluctuating between 60% and 70%. Also, the results of the 2015 election and the 2014 Scottish independence referendum point toward “remain,” and Prime Minister David Cameron is actively campaigning for continued membership.

To provide some perspective on the uncertainty around forecasting the outcome, with 100 days to go in the Scottish independence referendum the “no” vote that ultimately prevailed had a double digit lead in opinion polls and the odds stood at almost 80% in betting markets. So, while Brexit is not the base case, it is certainly not impossible in the current environment. The referendum itself is evidence of the increasing populist and protectionist pressures that we are seeing worldwide, including in the U.S., France, and southern Europe. Terrorism concerns, the Panama papers, and the refugee crisis could add further uncertainty and lead to intensifying policymaker responses in Europe and the U.K.

What Are The Economic Implications of Brexit?

Uncertainty around the referendum is the most significant near-term risk to U.K. financial stability, as noted by the Financial Policy Committee statement of the Bank of England on March 23. We see three channels through which this uncertainty can adversely affect the real U.K. economy: a potential credit crunch through increased borrowing costs, a delay in investment and hiring decisions by the private sector, and a decline in overall sentiment. Beyond the U.K., the IMF has warned that the referendum is one of the main risks to global economic stability.

Longer term, in the event of a “leave” vote in the referendum, these adverse effects for the U.K. economy would be severely amplified. According to the Bank of England, U.K. exports and imports are together worth 60% of U.K. GDP, and approximately half of that trade is with the EU. On the financial side, the EU is the U.K.’s biggest investment partner.

Economic studies estimate that Brexit could cost the U.K. anywhere from 2% to 9% of GDP, with the large range of estimates reflecting how messy, protracted, and uncertain such an exit would be. George Osborne, the U.K. Chancellor of the Exchequer, estimates on the basis of a Treasury study that the U.K. economy would be 6% smaller outside the EU. The potential economic benefits cited by the proponents of Brexit do not seem to be supported by the data, as the U.K. already enjoys flexible regulation policies. Finally, Brexit could introduce a domino effect of political risk as EU membership was viewed as a reason for rejecting the Scottish independence referendum of 2014.

In terms of the remaining EU countries, the direct economic impact would likely be more muted as under 10% of EU exports go to the U.K. However, the political risk of a domino effect could be just as severe. The EU would lose one of its most prominent and influential supporters of structural reforms and market oriented policies alongside Germany. And by providing the blueprint for an EU exit, a successful Brexit campaign would undoubtedly embolden similar movements in other countries.

What are the Implications of Brexit For Markets?

An increase in the uncertainty surrounding Brexit would likely have a negative impact on the level of asset prices. The negative economic implications discussed above would put downward pressure on corporate profitability. At the same time, increased uncertainty would increase the risk premia that investors demand to bear the risk of holding the affected assets in the U.K. or the EU. Also, we expect an increase in Brexit uncertainty to lead to elevated volatility and lower correlation between U.K. equities and other developed markets, similar to what happened during the Scottish independence referendum.

Here at Acadian we are constantly monitoring this evolving situation, and thus far have noted the effect of Brexit uncertainty primarily in the sterling currency markets. Driven by our momentum indicators, our U.K. forecast remains negative, and particularly so for U.K. banks which would be directly affected by a potential credit crunch. Finally, if the Brexit situation changes we are prepared to immediately adjust our process as warranted, through risk and liquidity controls or other measures.

Acadian provides this material as a general overview of the firm, our processes and our investment capabilities. It has been provided for informational purposes only. It does not constitute or form part of any offer to issue or sell, or any solicitation of any offer to subscribe or to purchase, shares, units or other interests in investments that may be referred to herein and must not be construed as investment or financial product advice. Acadian has not considered any reader's financial situation, objective or needs in providing the relevant information.
The value of investments may fall as well as rise and you may not get back your original investment. Past performance is not necessarily a guide to future performance or returns. Acadian has taken all reasonable care to ensure that the information contained in this material is accurate at the time of its distribution, no representation or warranty, express or implied, is made as to the accuracy, reliability or completeness of such information.
This material contains privileged and confidential information and is intended only for the recipient/s. Any distribution, reproduction or other use of this presentation by recipients is strictly prohibited. If you are not the intended recipient and this presentation has been sent or passed on to you in error, please contact us immediately. Confidentiality and privilege are not lost by this presentation having been sent or passed on to you in error.
Acadian’s quantitative investment process is supported by extensive proprietary computer code. Acadian’s researchers, software developers, and IT teams follow a structured design, development, testing, change control, and review processes during the development of its systems and the implementation within our investment process. These controls and their effectiveness are subject to regular internal reviews, at least annual independent review by our SOC1 auditor. However, despite these extensive controls it is possible that errors may occur in coding and within the investment process, as is the case with any complex software or data-driven model, and no guarantee or warranty can be provided that any quantitative investment model is completely free of errors. Any such errors could have a negative impact on investment results. We have in place control systems and processes which are intended to identify in a timely manner any such errors which would have a material impact on the investment process.
Acadian Asset Management LLC has wholly owned affiliates located in London, Singapore, and Sydney. Pursuant to the terms of service level agreements with each affiliate, employees of Acadian Asset Management LLC may provide certain services on behalf of each affiliate and employees of each affiliate may provide certain administrative services, including marketing and client service, on behalf of Acadian Asset Management LLC.
Acadian Asset Management LLC is registered as an investment adviser with the U.S. Securities and Exchange Commission. Registration of an investment adviser does not imply any level of skill or training.
Acadian Asset Management (Singapore) Pte Ltd, (Registration Number: 199902125D) is licensed by the Monetary Authority of Singapore.
Acadian Asset Management (Australia) Limited (ABN 41 114 200 127) is the holder of Australian financial services license number 291872 ("AFSL"). Under the terms of its AFSL, Acadian Asset Management (Australia) Limited is limited to providing the financial services under its license to wholesale clients only. This marketing material is not to be provided to retail clients.
Acadian Asset Management (UK) Limited is authorized and regulated by the Financial Conduct Authority ('the FCA') and is a limited liability company incorporated in England and Wales with company number 05644066. Acadian Asset Management (UK) Limited will only make this material available to Professional Clients and Eligible Counterparties as defined by the FCA under the Markets in Financial Instruments Directive.

China A-Shares - Opportunities in the... 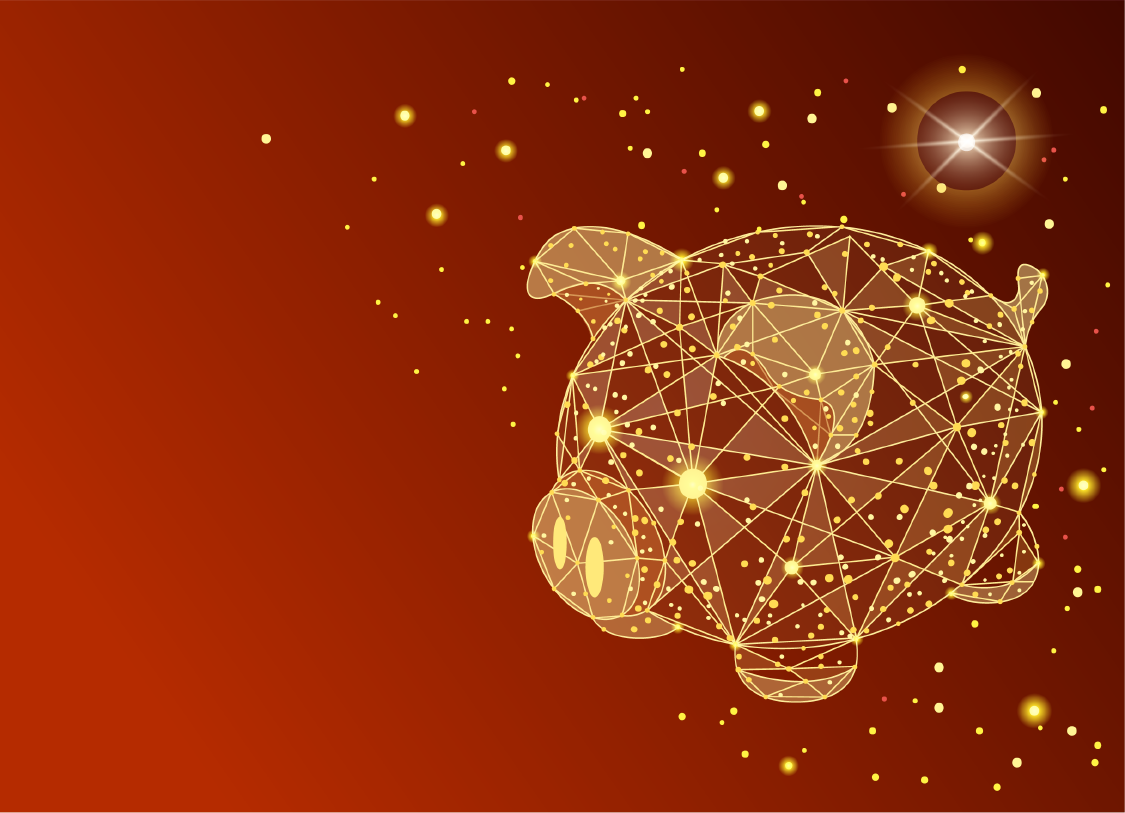 China A-Shares: Welcome to the Emerging...